On Monday I attended the City of Raleigh’s Board of Adjustment which has jurisdiction on appeals for variances, special exceptions and interpretations in the zoning regulations The occasion was the appeal against planning processes and permissions with regard to 5211 Coronado Drive. (See http://www.raleighnc.gov/government/content/BoardsCommissions/Articles/BoardofAdjustmentCases.html for full details).
But before the case could be explained, the developer’s attorney moved a motion to dismiss the appeal on the grounds that the Board did not have the jurisdiction to decide upon the issue at hand and that the appeal to the Board should be dismissed. 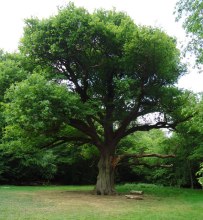 There were other grounds for the dismissal, but before they could be properly articulated and discussed, the case was dismissed on the grounds that the Board did not have the competence to rule on the case.
Where to next? We were directed to the Wake County Superior Court. Whether we go there depends on Tom Parker, the advice he receives and the funding he needs.
But overall it is bad news that the City has allowed an inappropriate development which was against its own rules and declines to make matters good for the community which it serves.