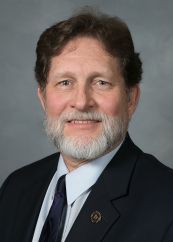 In North Carolina we are blessed with some of the most creative thinkers in the political landscape.
Take for example N.C. State Representative Larry Pittman
In the wake of the Parkland, Florida, shooting, Americans were asking why would someone do something so terrible?
Experts say it’s often a combination of mental illness, adversity in the shooter’s life – and access to guns. Larry Pittman took the speculation a step further.
He speculated on Facebook that the shooter, Nikolas Cruz, had political motivations and suggested the Florida shooter was part of a conspiracy to push for gun control so they (the communist Democrats) could more easily take over the country.
Larry is well known for his ahead-of-the-curve thinking. Last year, he proposed a constitutional amendment that would allow North Carolina voters to repeal that part of the North Carolina Constitution, which declares that “This State shall ever remain a member of the American Union; the people thereof are part of the American nation,” and prohibits the state from seceding from the United States of America; The amendment is currently languishing with that committee which runs the Legislature’s timetable.
Larry has been a registered Republican since 1972, when he was 17. He posts that he is proud of the fact that without his votes Jesse Helms would have never won elections to the US Senate, nor Ronald Reagan’s  elections as President.
We are truly “blessed”.